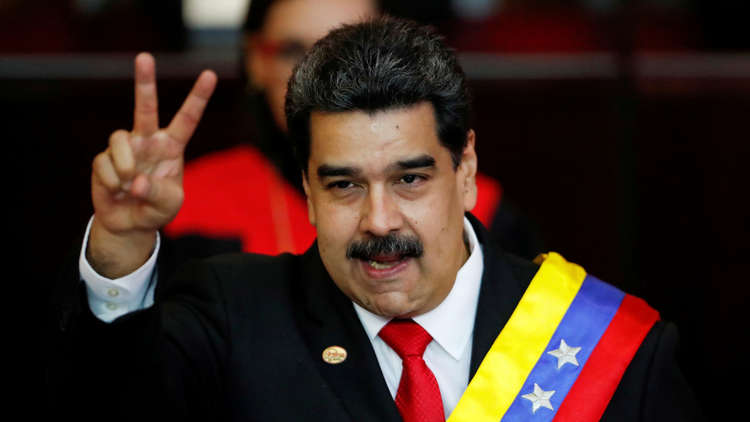 On February 13, the Government of the Bolivarian Republic

of Venezuela requested that the International Criminal Court

imposition of an economic blockade and unilateral coer-

the International Criminal Tribunal) is a permanent court of

international law whose mission it is to judge people accu-

gression and crimes against humanity. It is dierent from

the International Court of Justice, which is the legal body

within the United Nations that primarily handles controver-

The ICC is governed by the Rome Statute which was

The ICC is not part of the United Nations. Article 1 of the

Statute states that the ICC “shall have the power to exercise

its jurisdiction over persons for the most serious crimes of inter-

The Rome Statute is the constitutive instrument of the

International Criminal Court. It was adopted in the city of

and as such, it is a Member State to the Treaty.

The United States has not ratied the Statute and the-

refore is not part of the International Criminal Court. Ins-

tary ocials and other members of the Government of the

United States, from being accountable to the ICC. With the

goal of weakening the body, it also signed agreements with

hundreds of countries to exclude U.S. nationals from its ju-

“116 billion dollars have been sto-

len from Venezuela, equivalent of

six years of the national budget”

the ICC consist of?

There are three ways of referring a case to the ICC:

Applying its rights as a Member State, in conformity

with Article 14 of the Statute, on February 13, Venezuela

referred a case to the Prosecutor of the International Crimi-

nal Court relating to the situation caused by the unilateral

vernment against the Venezuelan people, requesting that

the Prosecutor investigate the commission of crimes codi-

ed in the Statute, in order to determine whether one or

multiple people should be accused for said crimes.

Although using the terminology of international crimi-

nal law this referral is not technically a “lawsuit”, in practi-

ce it has similar eects, as such referral and lawsuit can be

used as synonyms in this case.

indicates that the unilateral coercive measures imposed by

the United States against Venezuela, since at least 2014, cons-

titute a crime against humanity in accordance with Article

7 of the Rome Statute.

Which crimes form the basis

How is it a crime against humanity?

Venezuela denounced that the UCMs comprise all the

elements of a crime against humanity in the terms speci-

ed under the Rome Statute:

conduct that implies the commission of multiple acts refe-

renced in Article 7, paragraph 1, of the Statute.

rected against a specic group and is spread over time.

tion…” (as the United States government has done through

and other diverse actions).

The referral presented by Venezuela to the Prosecutor of

the International Criminal Court is divided into two prin-

before the application of unilateral coercive measures by

the United States government. Moreover, it describes the

impact that UCMs have had on the Venezuelan economy,

the Venezuelan people’s enjoyment of human rights, and

the Bolivarian Republic of Venezuela’s right to develop-

In the document presented to the ICC, Venezuela rela-

zuelan population, such as the increase in infant and adult

mortality, the increase in diseases, the reduction of calo-

ric intake, the contraction in food imports, the impact on

service and transport; all are attributable to the unilateral

coercive measures and other threats imposed on Venezue-

The lawsuit includes cases of patient deaths in the

country and abroad due to the high cost of treatment for

liver transplants, that could not be paid by the Government